After a slight diversion (see previous post), we’re back to something nore in line with the usual. 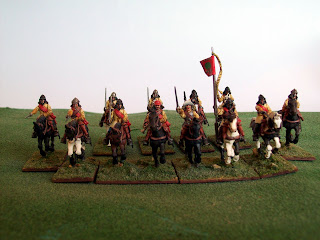 Here’s a regiment of Royalist cavalry, ready to smash Parliament’s horse or trample broken infantry. These are Warlord, of course, and despite having built several sets, I still like them a lot. They riders assemble easily, with no silly problems like the arms don’t fit because of the shape of the bodies or anything like that. The helmets fit nicely, although in my opinion if you use the hats, where the hair moulded on the hat meets that on the rider, a touch of filler is no bad thing. The horses require a bit more work – but nothing a little greenstuff won’t mend.
The cornet is based on that carried by Sir Nicholas Byron, showing a tree on a red field, with a silver banner bearing the words “Agitata Veresco”. I drew this on with a 0.25mm Rotring pen. The flag is made from foil from an old paint tube. I’ve tried tomato puree tube, but I found it was too thick and inflexible. Paint tube is thinner, and easier to work. 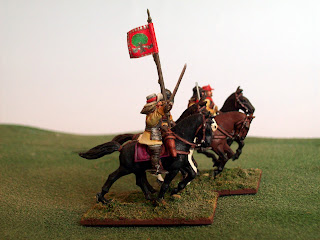 I managed to copy the same design onto the moulded trumpet banner, with great difficulty and a great deal of gnashing of teeth. 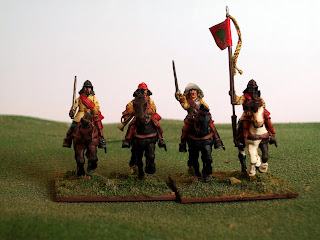 Basing is with the Renedra bases included in the kit, with a layer of magnetic sheet on the bottom, to allow me to use to movement trays easily, and keep them in place in the storage boxes.
Enjoy!
Posted by Mitch K at 17:28 2 comments: 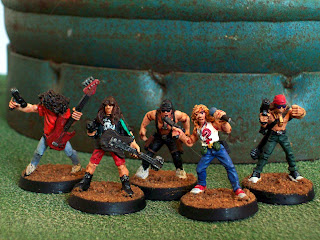 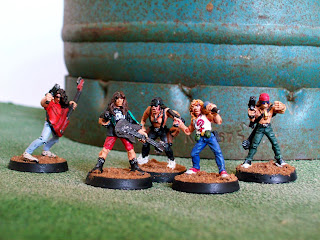 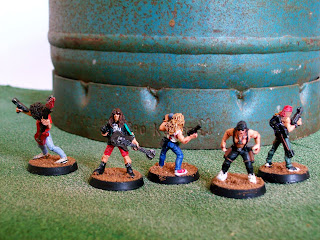