In keeping with the view in the Rulebook that these troops are drawn from the lowly, insignificant peasants, the poor old levy don't even get a Led Zeppelin quote!

The levy are extremely simple. A pack of Gripping Beast Dark Age warriors will provide everything you need. The rules recommend building levy armed with slings or bows, and the kit provides more than enough sling-equipped hands to do this. For the purposes of Saga, it doesn't make a blind bit of difference whether these men have slings or bows, as the weapons have the same characteristics. Converting the GB warriors to bowmen would take a great deal more effort, but would be possible if you really wanted some variety.

Since levy are dirt-poor, the chances of them having weapons other than their slings (apart perhaps from a knife) are very low, and the chances of them having a helmet is about nil. Therefore, the kit bare heads are all you need, and a bit of greenstuff or spares from the Viking Hirdmen box adds knives easily enough. I didn't give all of them knives - those with them are the ones with aspirations to rise to the dizzy heights of warrior status!

Clothing would all have been dull, natural (ok, grubby) colours, as you would expect for people without two coins to rub together who spent most of their time doing vile, dirty jobs. This is of course nice and easy, and since you can get away with a fairly limited palette, it's also relatively quick. 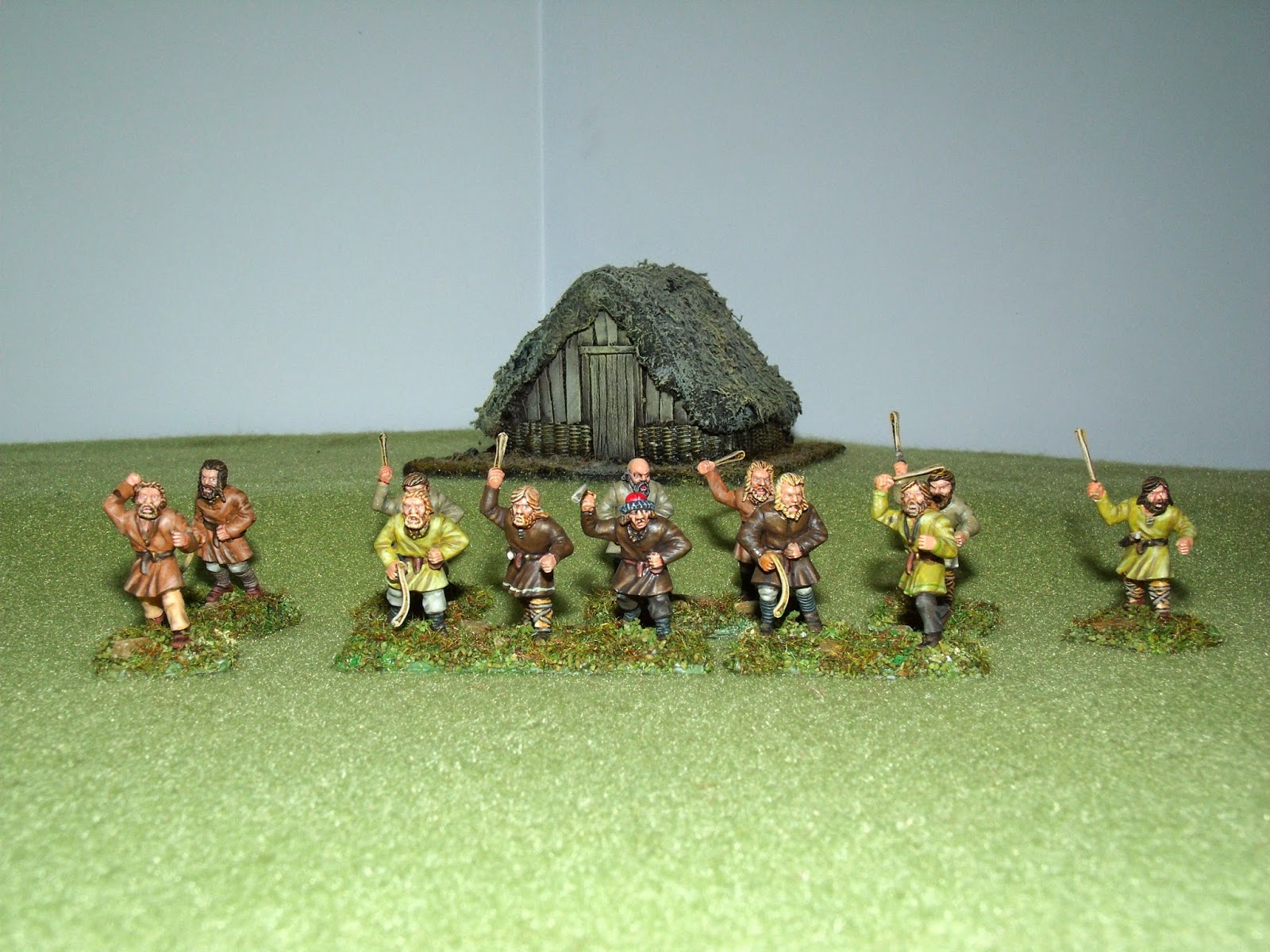 You could almost feel sorry for this lot. Almost. They're probably aching for a chance to get into a WAB game, where their impact could be greater and their status is less miserably low. 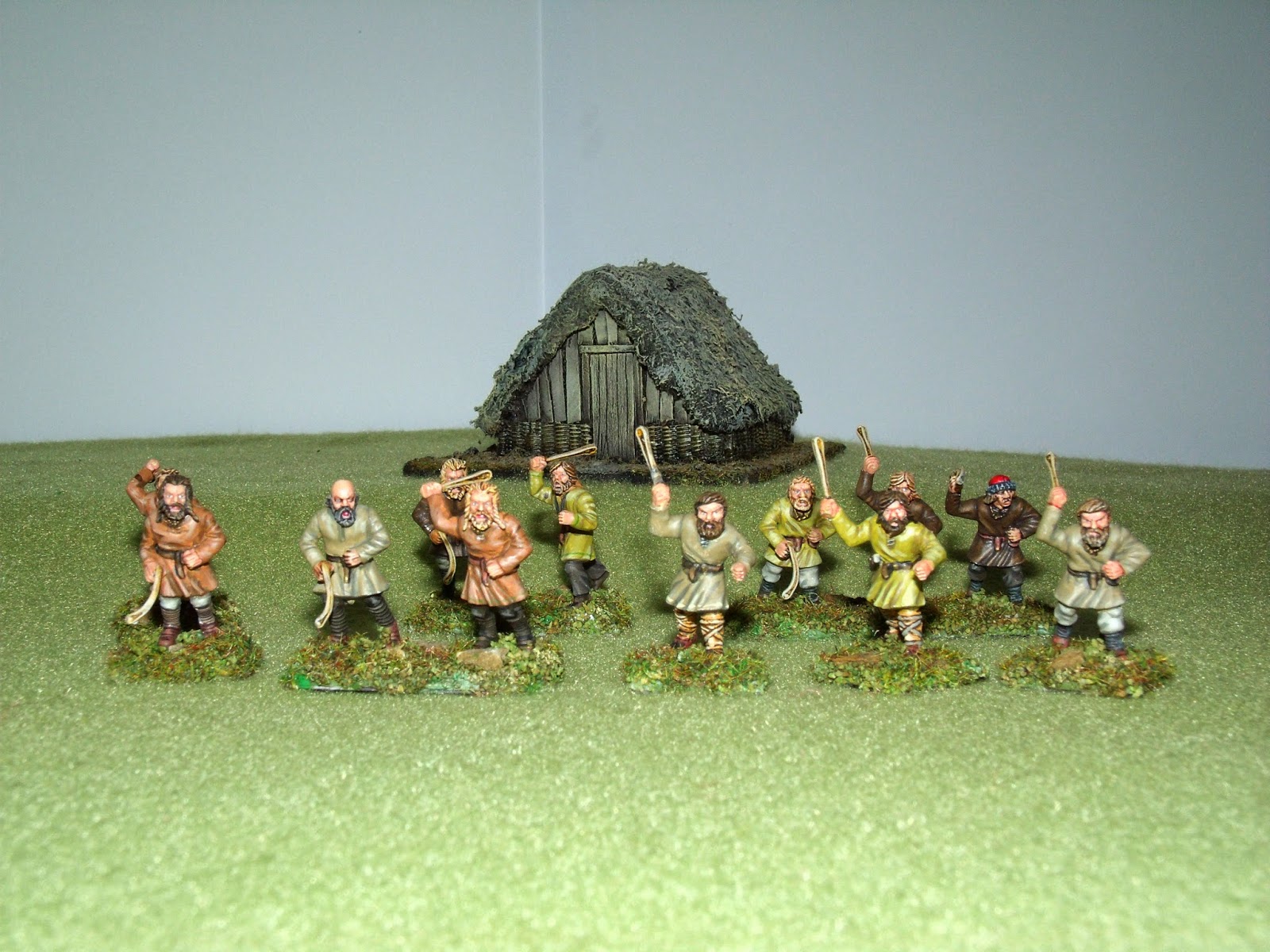 ...And they don't look smarter from this side!


The beauty of these is of course that whilst they've been painted up for use as Vikings, they are almost totally ubiquitous. They will slot seamlessly into almost any Northern European army from late Rome to roughly the First Crusade. Which is about as much praise as this lot are going to get!