Ah-ah-ah!
We come from the land of the ice and snow,
From the midnight sun where the hot springs blow.
How soft your fields so green, can whisper tales of gore,
Of how we calmed the tides of war. We are your overlords.
On we sweep with threshing oar, Our only goal will be the western shore.
So now you'd better stop and rebuild all your ruins,
For peace and trust can win the day despite of all your losing.
Led Zeppelin, "Immigrant Song"

The warrior elements are slightly trickier, not in modelling terms, but based on what you actually want. Basically, you can't get what you want out of one box. The majority of Viking warriors are going to be equipped with a spear and other weapons like a saex or handaxe, a shield and most likely a helmet. On the other hand, most of them probably would not have a sword or mail, as these were high-cost, and hence high-status, items. Saying that, the odd one might: the sort of men who were aspiring to join the ranks of leaders or hearthguard. 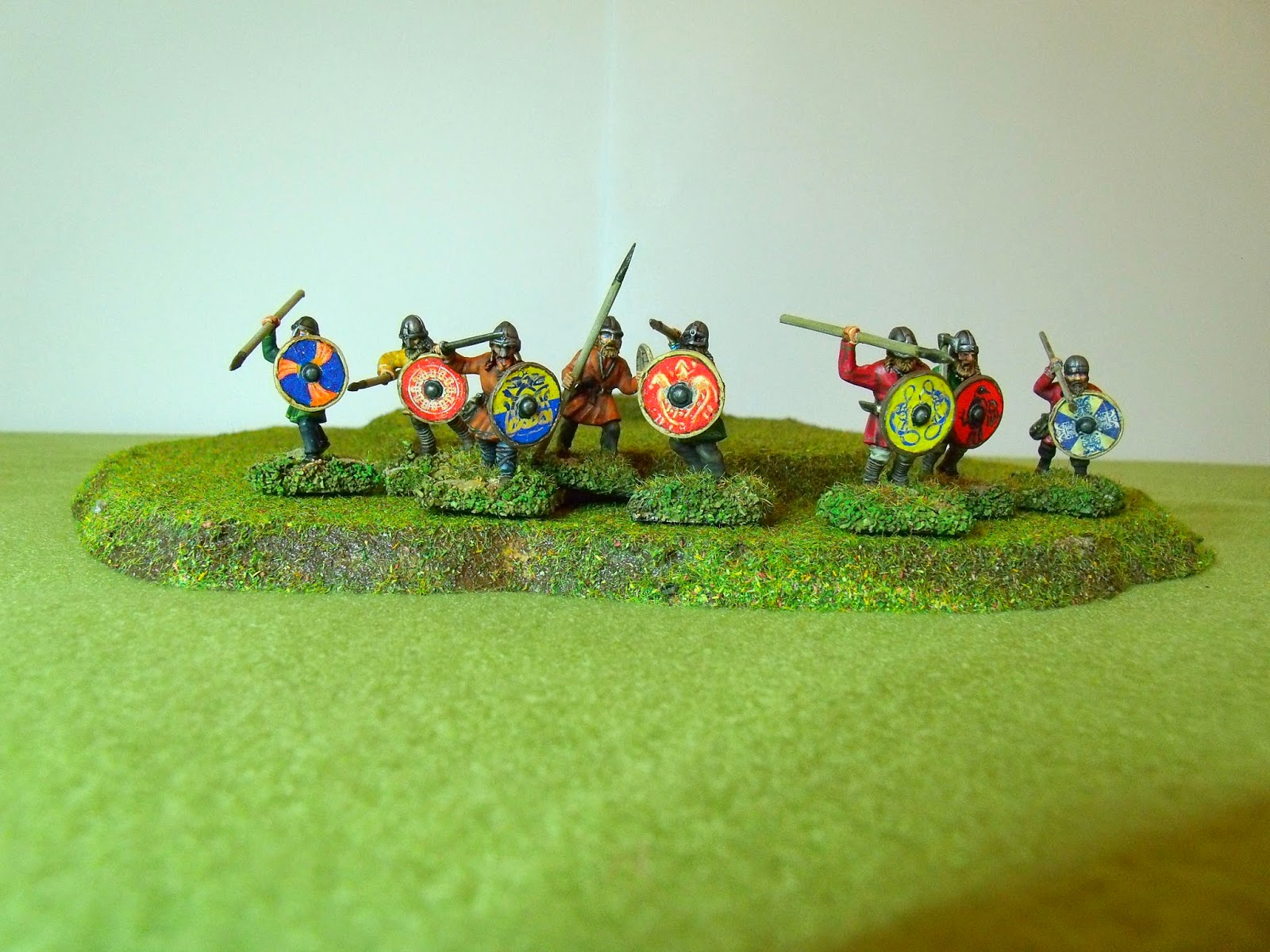 One set, one point

So, I made them up with unarmoured Dark Age warrior bodies, but used the spare helmeted heads from the Viking Hirdmen kit. A unit of warriors in Saga is eight men, and I decided one or two per group with a sword might be reasonable, and possibly one with armour, but in his case, no sword. All these chaps got slightly colourful clothes - if they were even a bit successful they ought to be able to afford an odd bit dyed with a brighter colour or something with some embroidery or decoration. I went to town with the shields. Maybe a bit over the top, but they certainly standout. 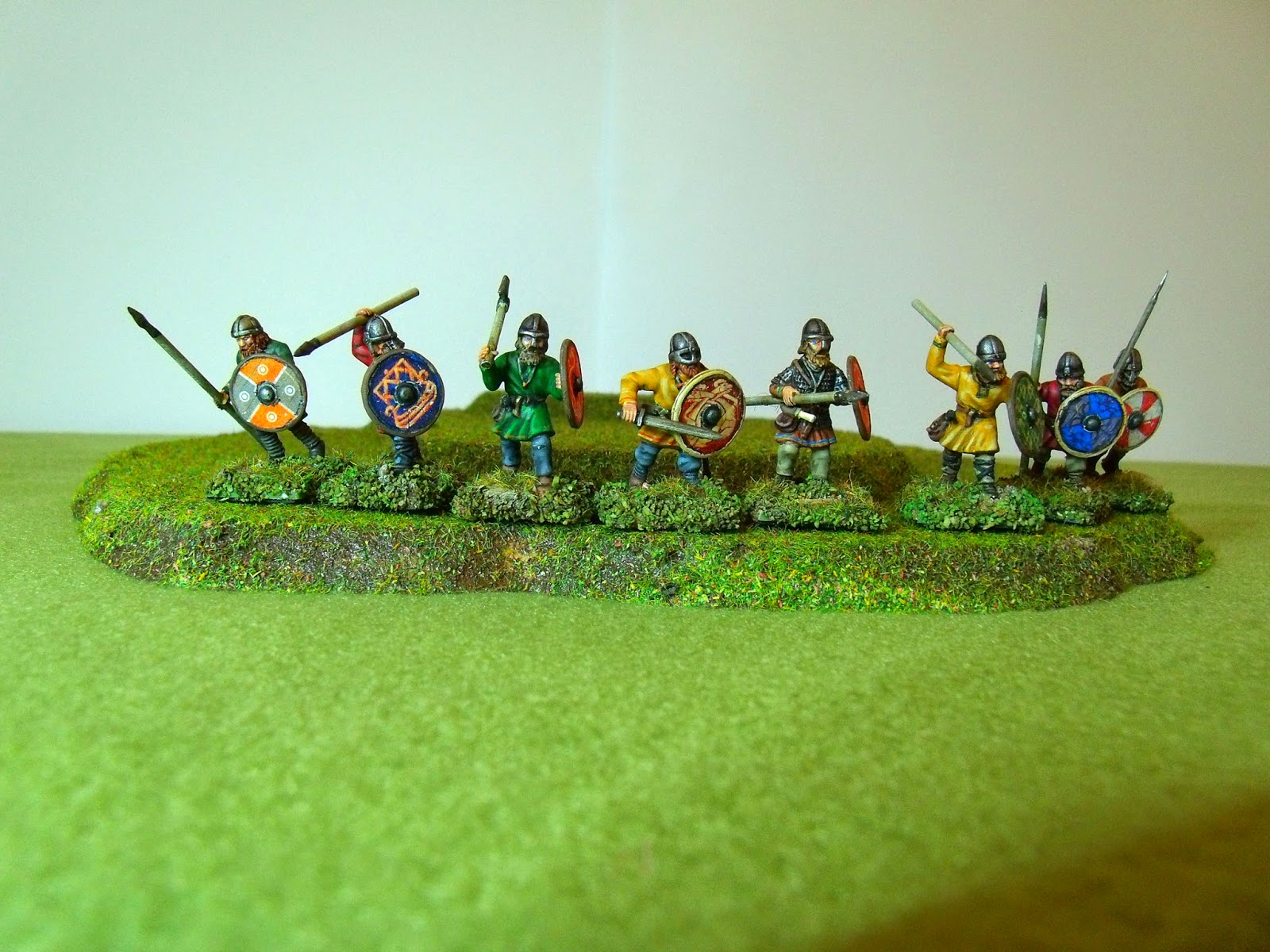 Here's the whole two points' worth of warriors. All told, I think these look the part. Lock up your valuables - these lads will half-inch anything that isn't nailed down and red-hot, and clobber anyone that tries to stop them. Alternatively, if you attack them in their homes, anything you come away with will have been pried from their cold, dead hands - assuming you survived trying. 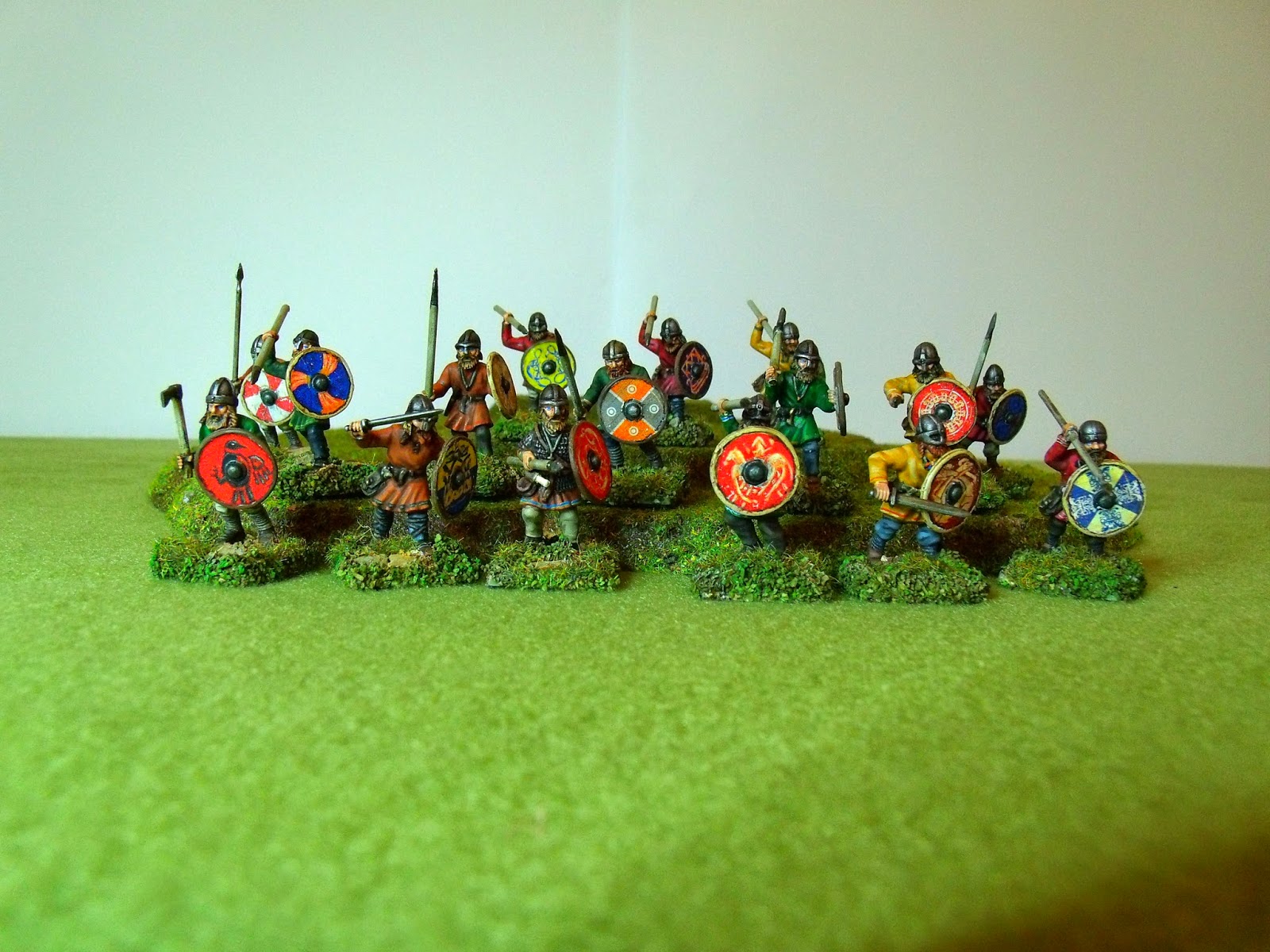 All together - altogether trouble!