When I built my Sub-Roman hearthguard for my Dux Brit army, they came from a pack of West Wind minis, with a total of 20 figures in it. Having built ten as the hearthguard and as the command section, I was left with ten more figures. Well and good, but those ten were all in only two different poses. I really can't handle the idea of Dark Age warbands having this level of uniformity, so it was out with jewellers' saw and bench peg, to start changing the look.

Various arms were cut off, re-posed and pinned in place, with hands moved and angled. One slight problem was that the arms on the cloaked figures didn't really lend themselves to much re-posing. Solution? I've got a boxful of arms with spears, swords and axes left over from the Gripping Beast plastics, and a bit of filing, fitting and fettling soon sorted out the problem. Greenstuff solved the inevitable slight mis-matches, mended lost bits of cloaks and replaced missing chainmail.

The results of the sculpting/modelmaking gave me this lot: 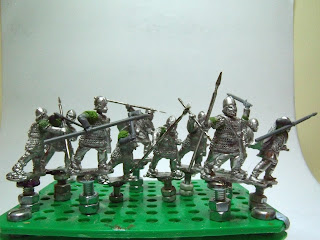 Prime and paint came up a treat (I thought). I went with nice solid colours (actual dyed colours, rather than various shades of dirt) as befitting a paid, retained warband. The different clothing colours were so that if I had more than one hearthguard unit (cough Saga cough...) there is some distinction. As usual I made up my own shield decals. 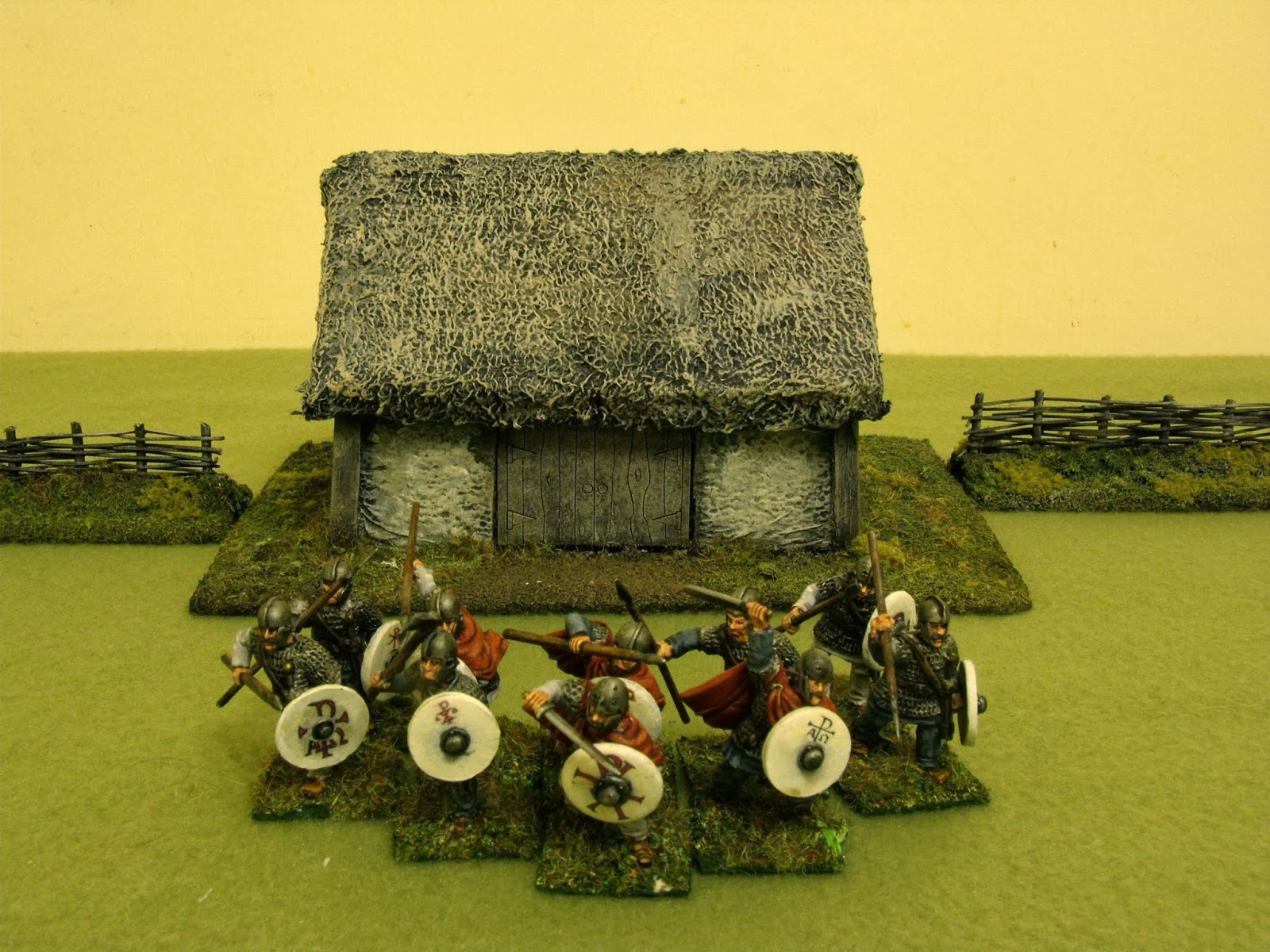 For Dux Brit, I don't actually need another ten armoured hearthguard. However, I'm not one to throw anything away (no surprises, eh?) and so here we are. They'd obviously make (all together) a smashing elite unit for WAB (Age of Arthur is a favourite of mine), or three to four points of elite troops ready for the day when Gripping Beast get round to producing an Arthurian supplement for Saga! 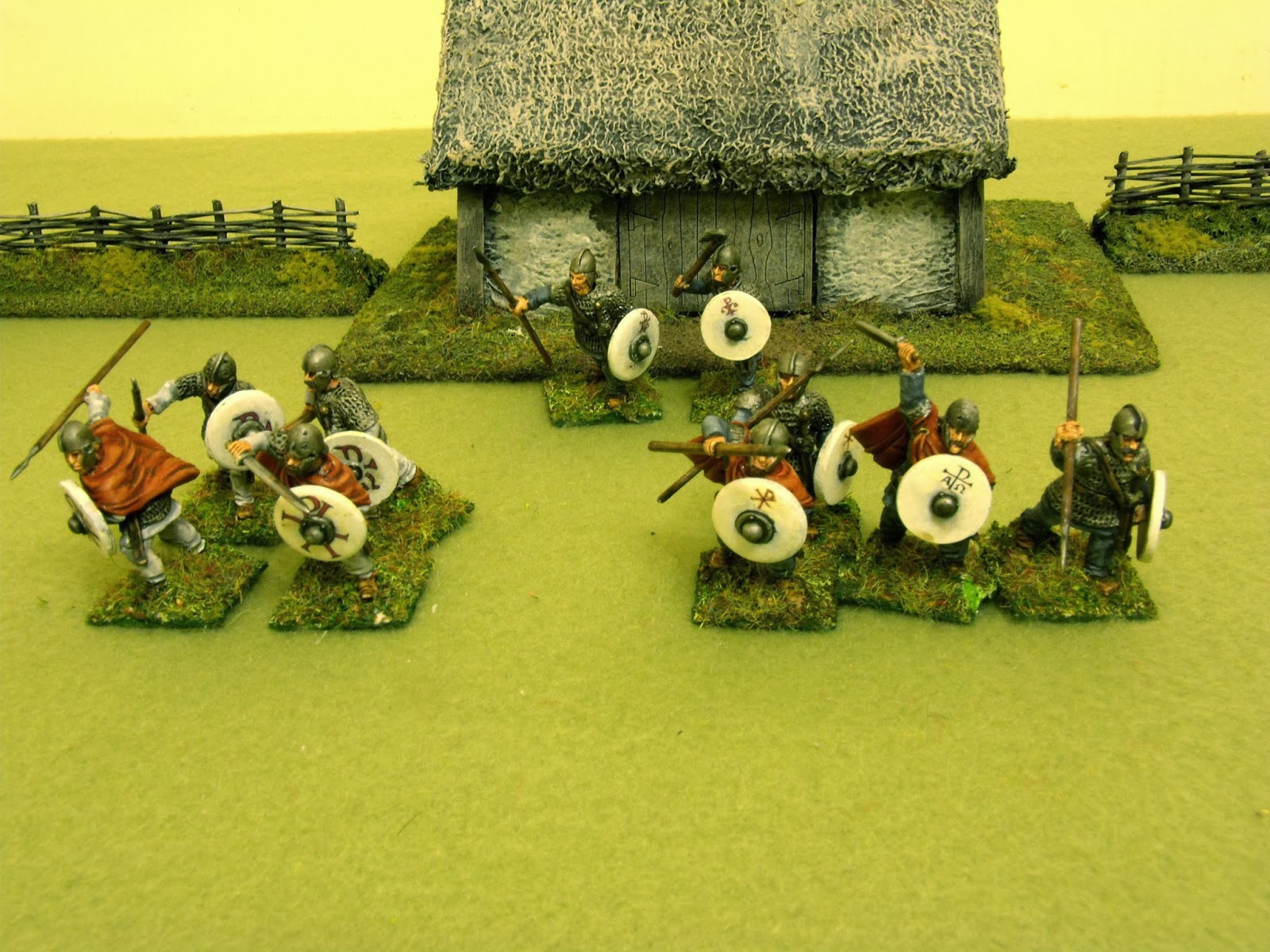 
Painting these was caught up in the delay caused by my chest infection, plus the fact I had run out of bases! I was only a week away from Vapnartak, so I decided to pick up some from Warbases when I was there and save myself the postage, but the sight of the figures sat there unbased was driving me mad. Made the bases up from plastic card and got them finished, just in time to get a start on the new projects I've bought at Vapnartak!