Four wheel wagons are slightly more complex to build than the two-wheeler, but not a lot. Obviously there's twice as much wheel building, and in my case a driver's seat bench, but frankly they don't challenge the building skills much more.

Here's two: one assembled, the other a kit of parts. The keen-eyed among you will notice a couple of design differences between this and the smaller one. 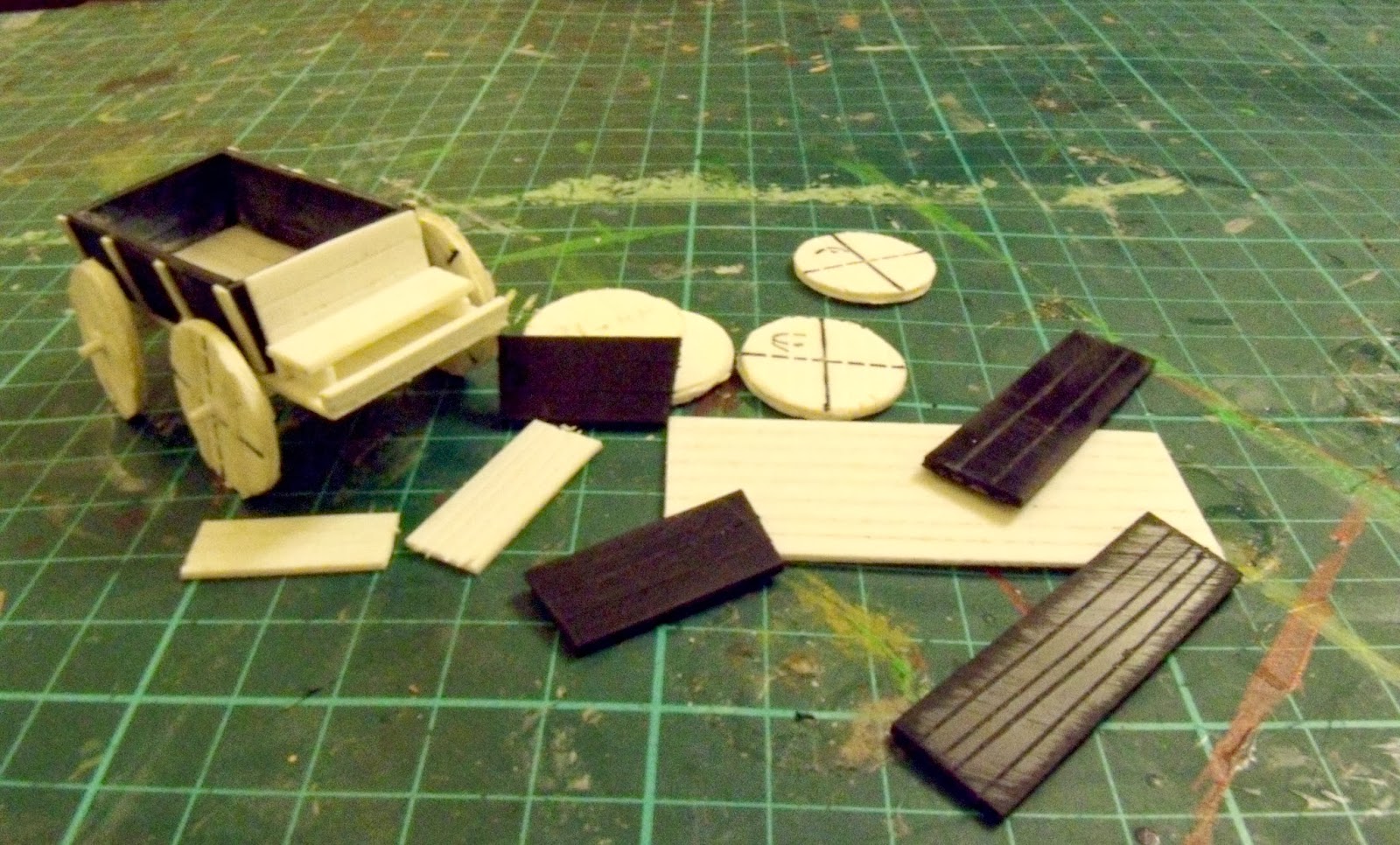 First, a two-wheeler steers by telling the ox where to go, a four-wheeler actually has an articulated front axle. To be clear, the model doesn't: the axle is fixed and the bits and pieces just give the impression that they could turn. There's such a thing as too much detail!

Second (and more importantly) a two-wheeler has ONE ox, between TWO cartshafts. A four-wheeler has TWO oxen, with ONE shaft and a yoke.

Making a functional cartshaft isn't a problem - a length of plastic stock, with a slight upward curve at one end makes it.

What was more of a problem was attaching my existing cattle to the wagon! In the two-wheeler, the oxis removeable, so it can be used elsewhere. Try as I might I couldn't find an elegant but robust way of doing the same thing with two yoked oxen. I finally gave up and bought some more cattle from Irregular Miniatures. You can see them here.

So, here are both carts, assembled and primed. 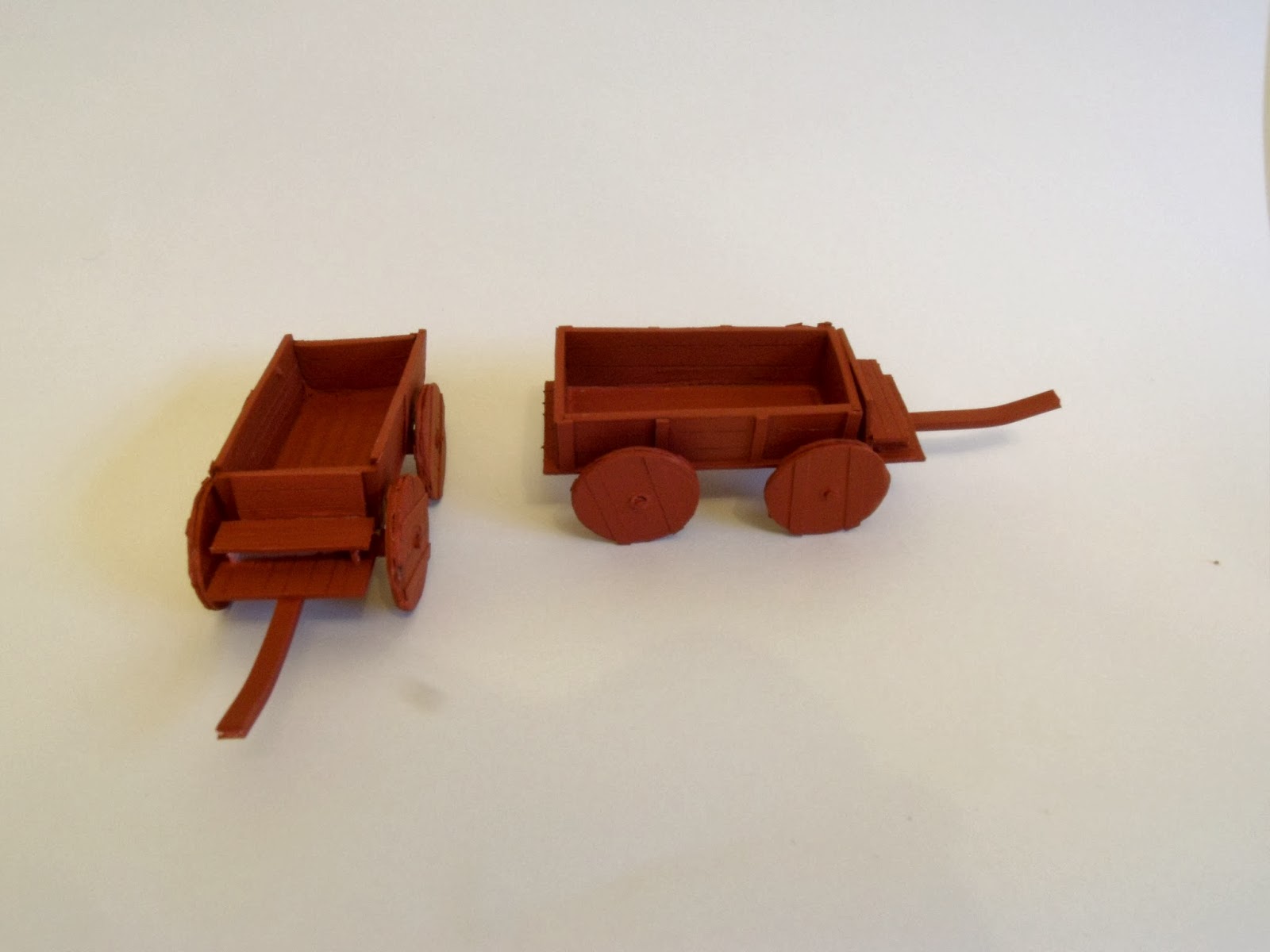 And again, with a black ink wash applied. I'm leaving final assembly to another post, so... 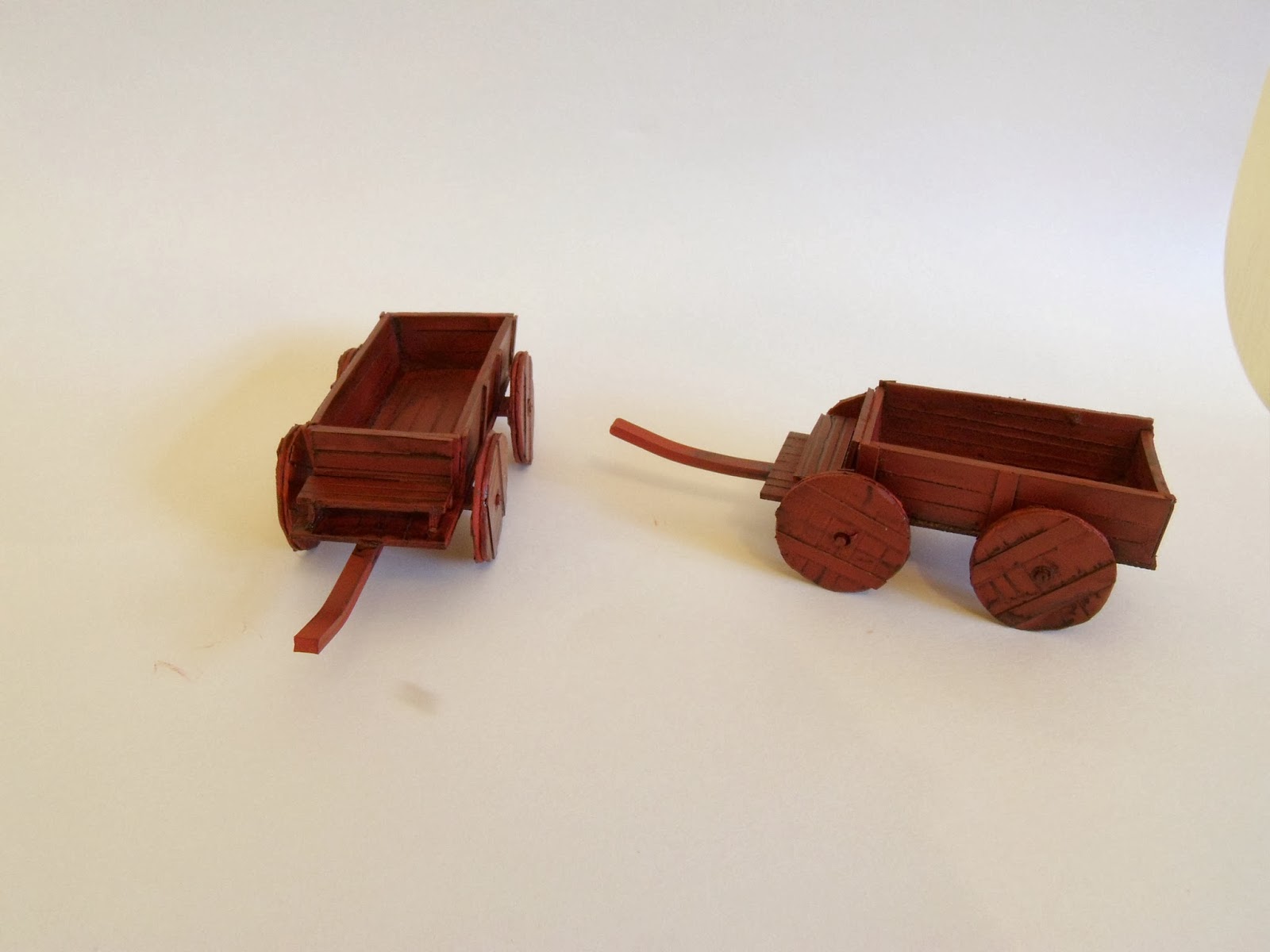