With the wagons assembled, it's time to make them mobile.

Here are the yokes, with the cattle. The yokes were made by laminating two layers of 40 thou styrene sheet and filing/carving out the shape. Two pairs of holes were drilled, and neck holder were made up from soft wire to fix the oxen to the yoke. The yoke was attached to the shaft with a chain on the real thing. 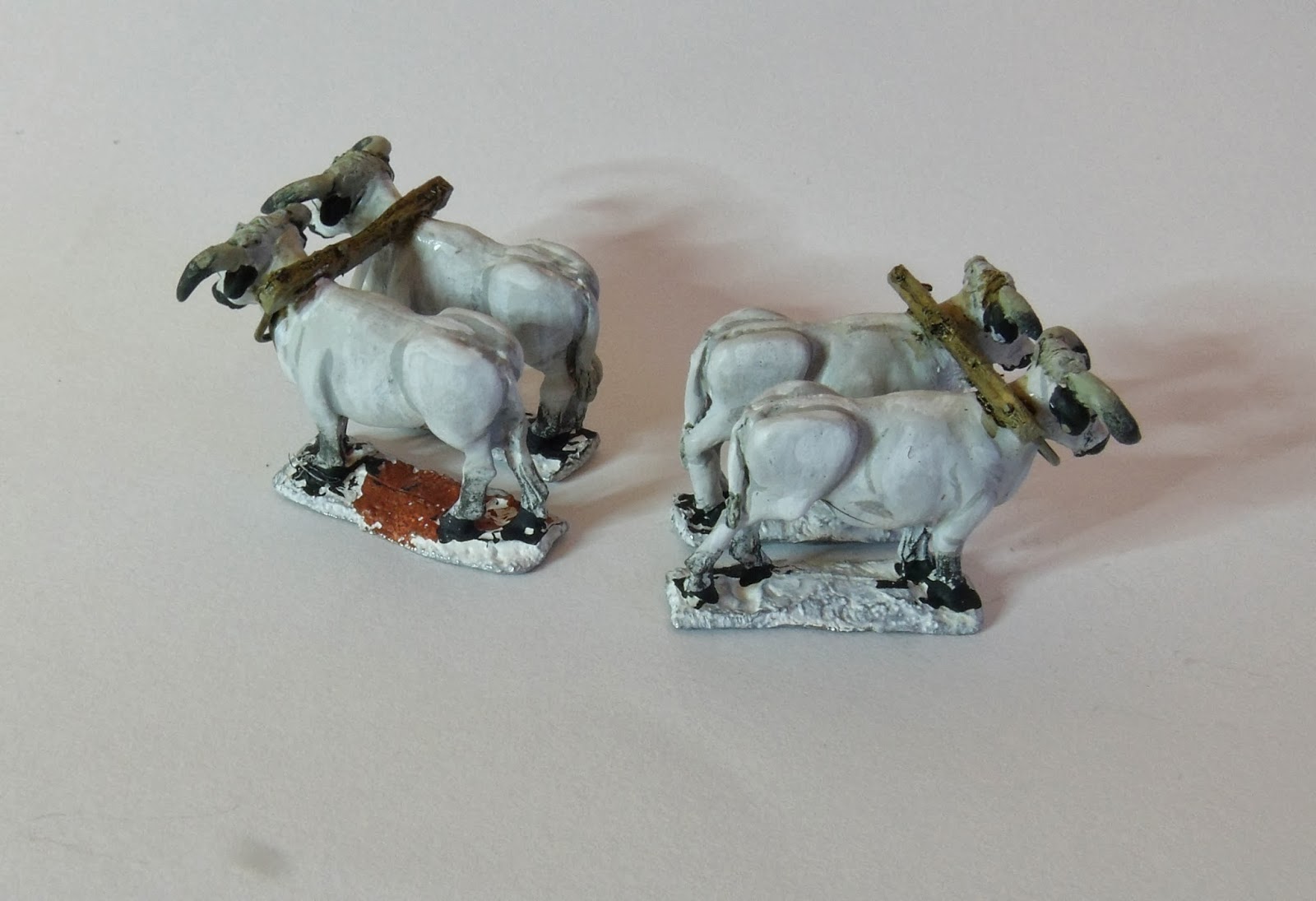 One final thing. A two-wheeled cart is normally "driven" by having someone walk alongside the ox and guide it. A four-wheeler actually needs someone sitting on the seat yelling and using a stick. My drivers were converted from Gripping Beast Dark Age warriors. These two photos show the original figures and how the changes will be done. 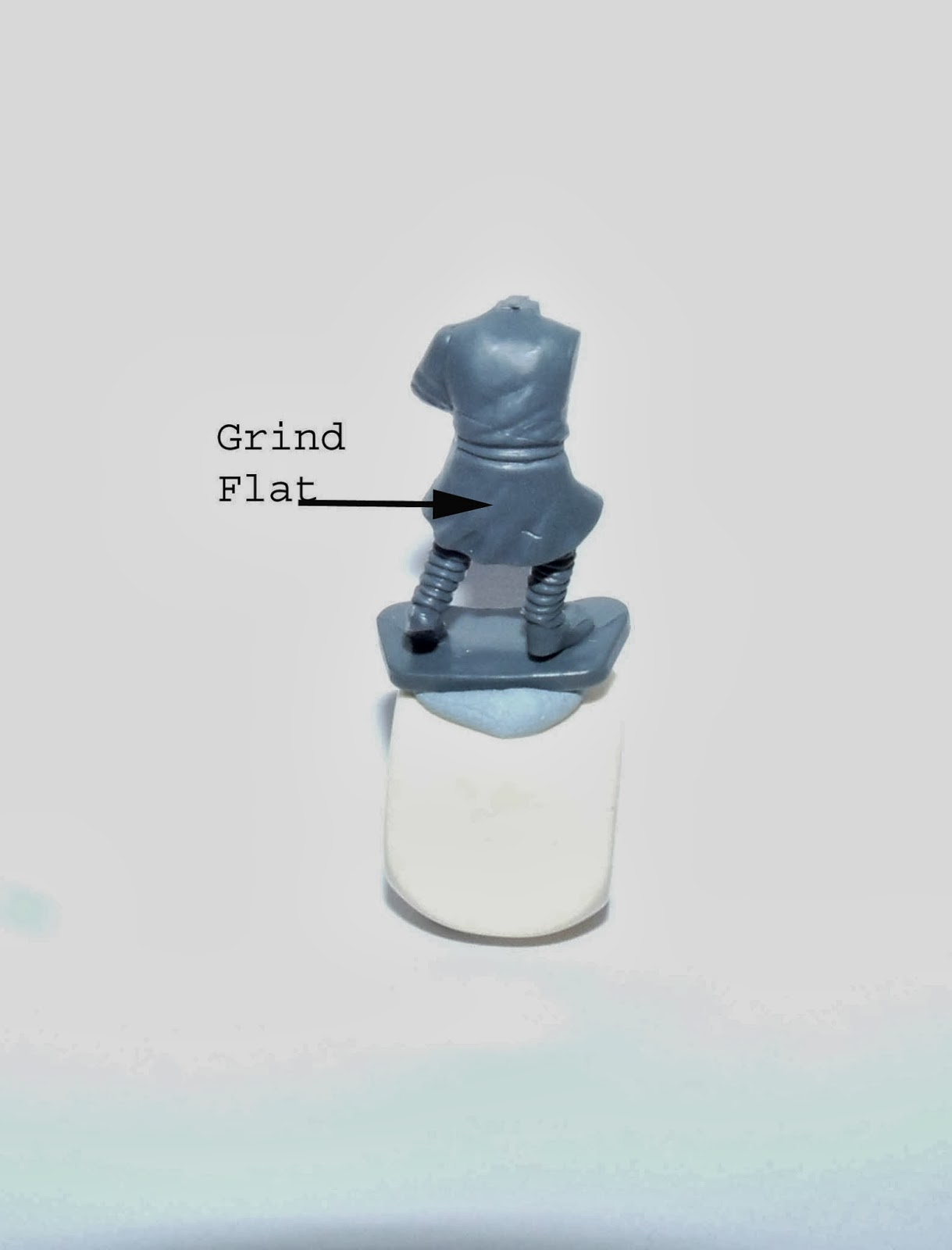 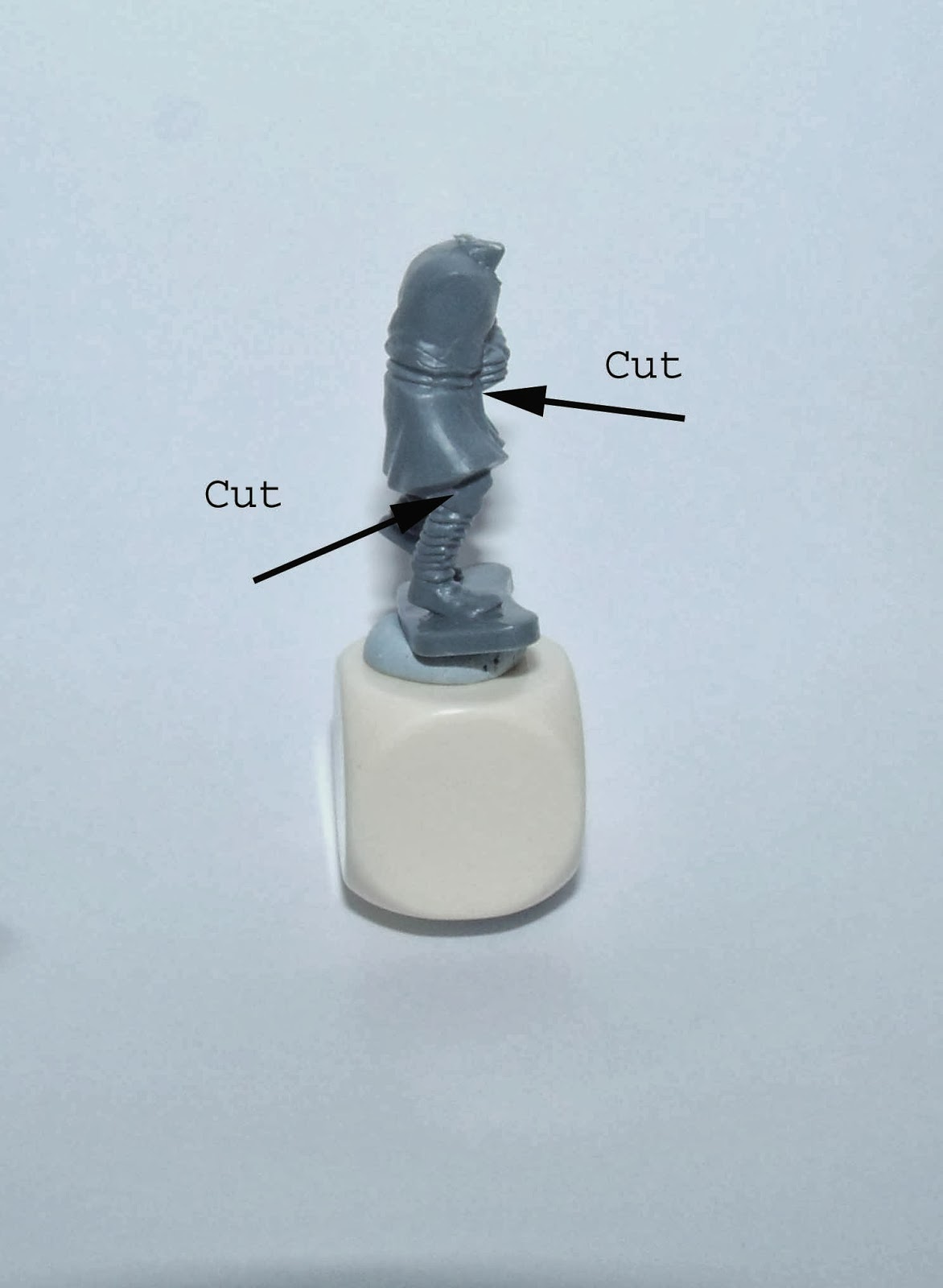 These next two show the results of the cutting and grinding. I've put them on the carts to make sure they fit. It's a trial and error process. 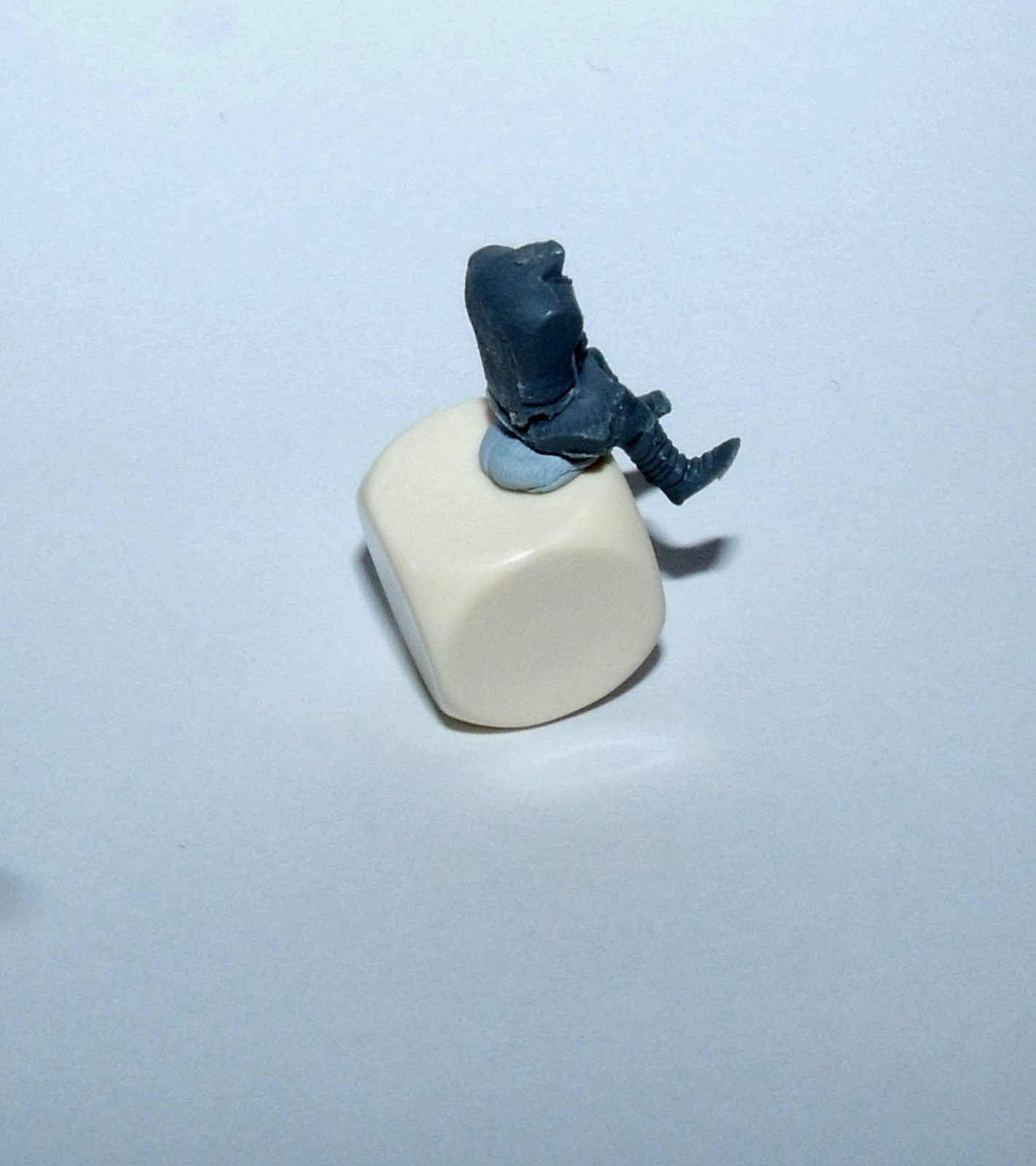 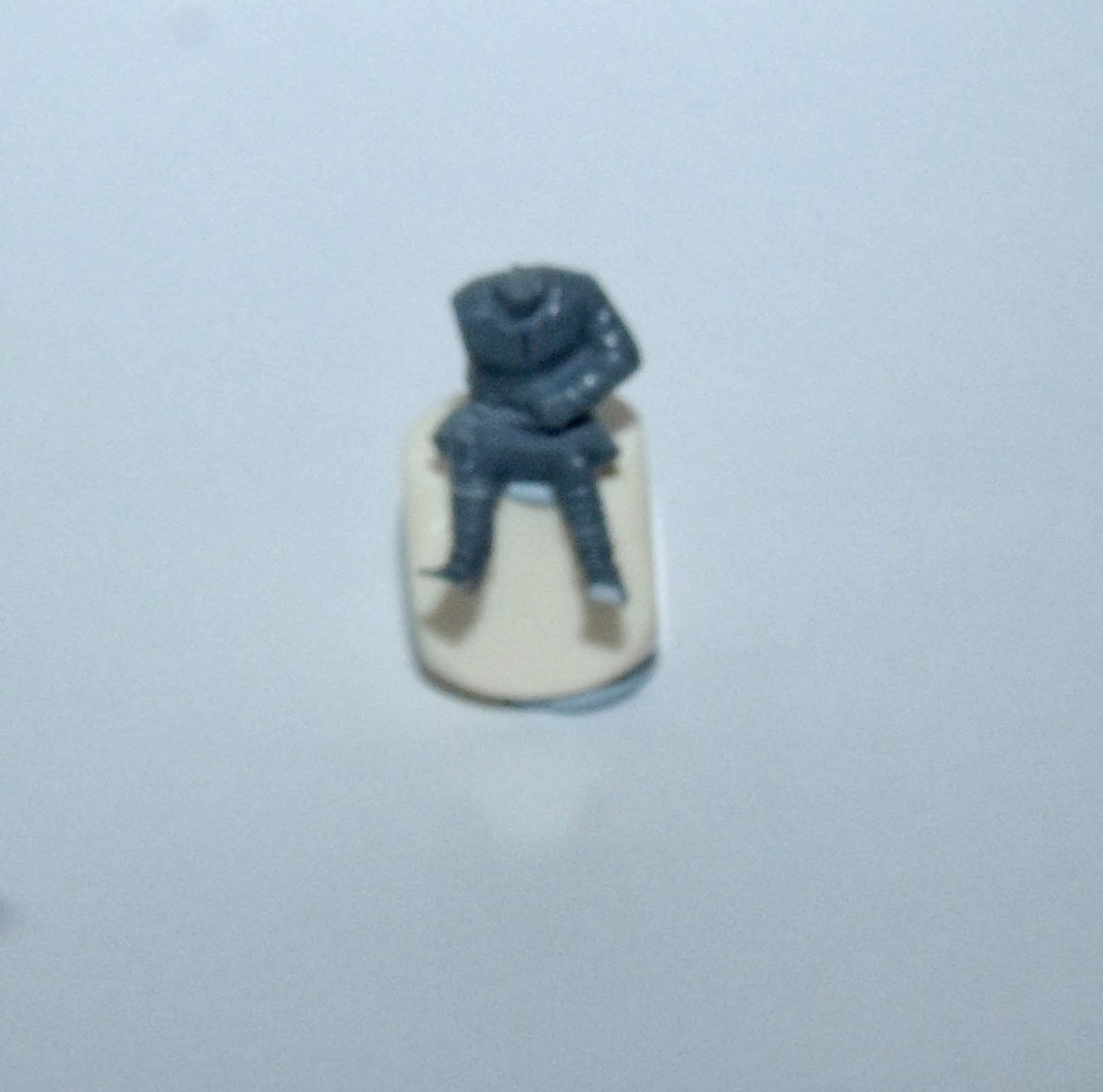 Here are both drivers, assembled, green-stuffed to bung up the gaps/re-texture where necessary, and given a coat of primer. 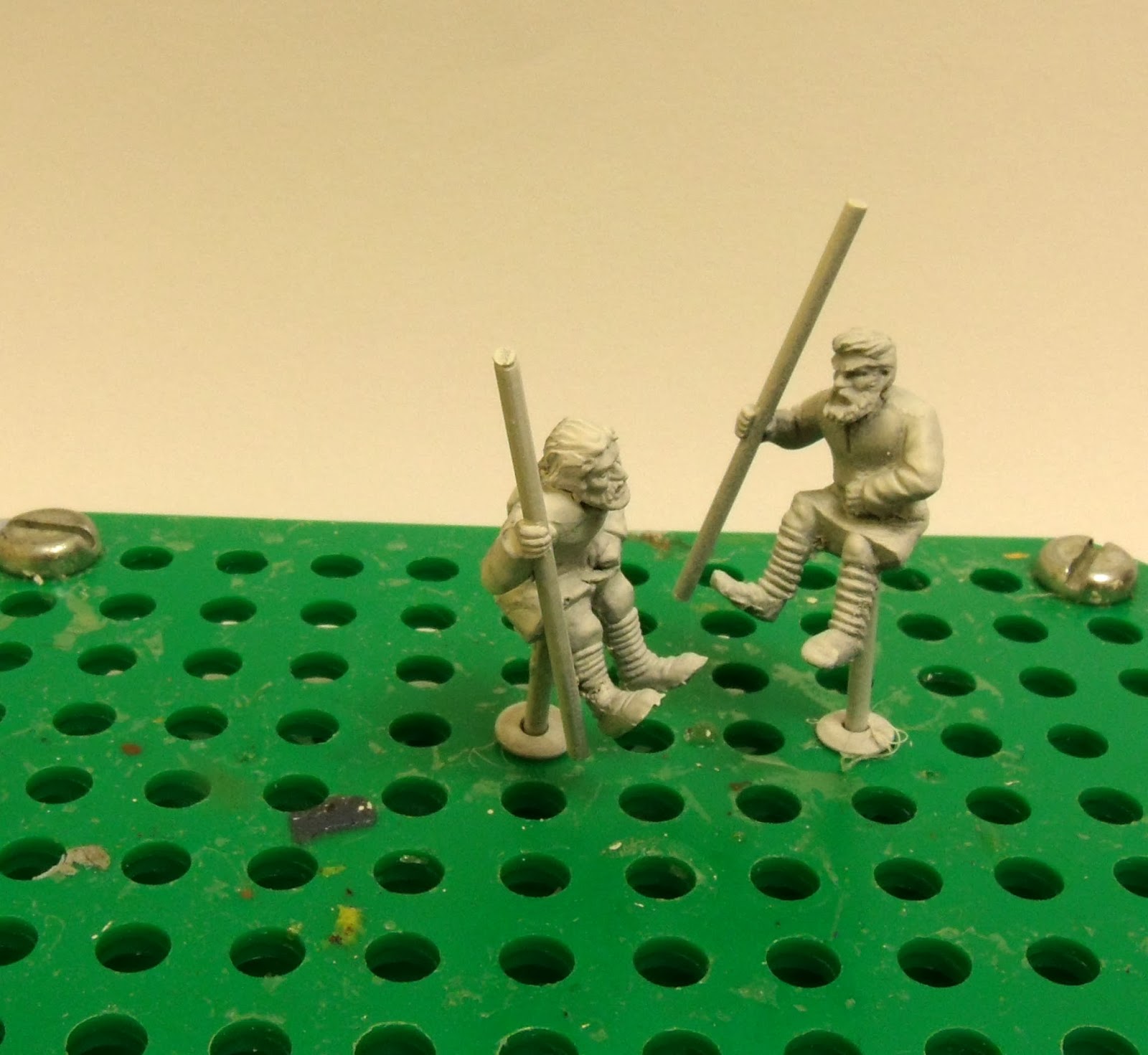 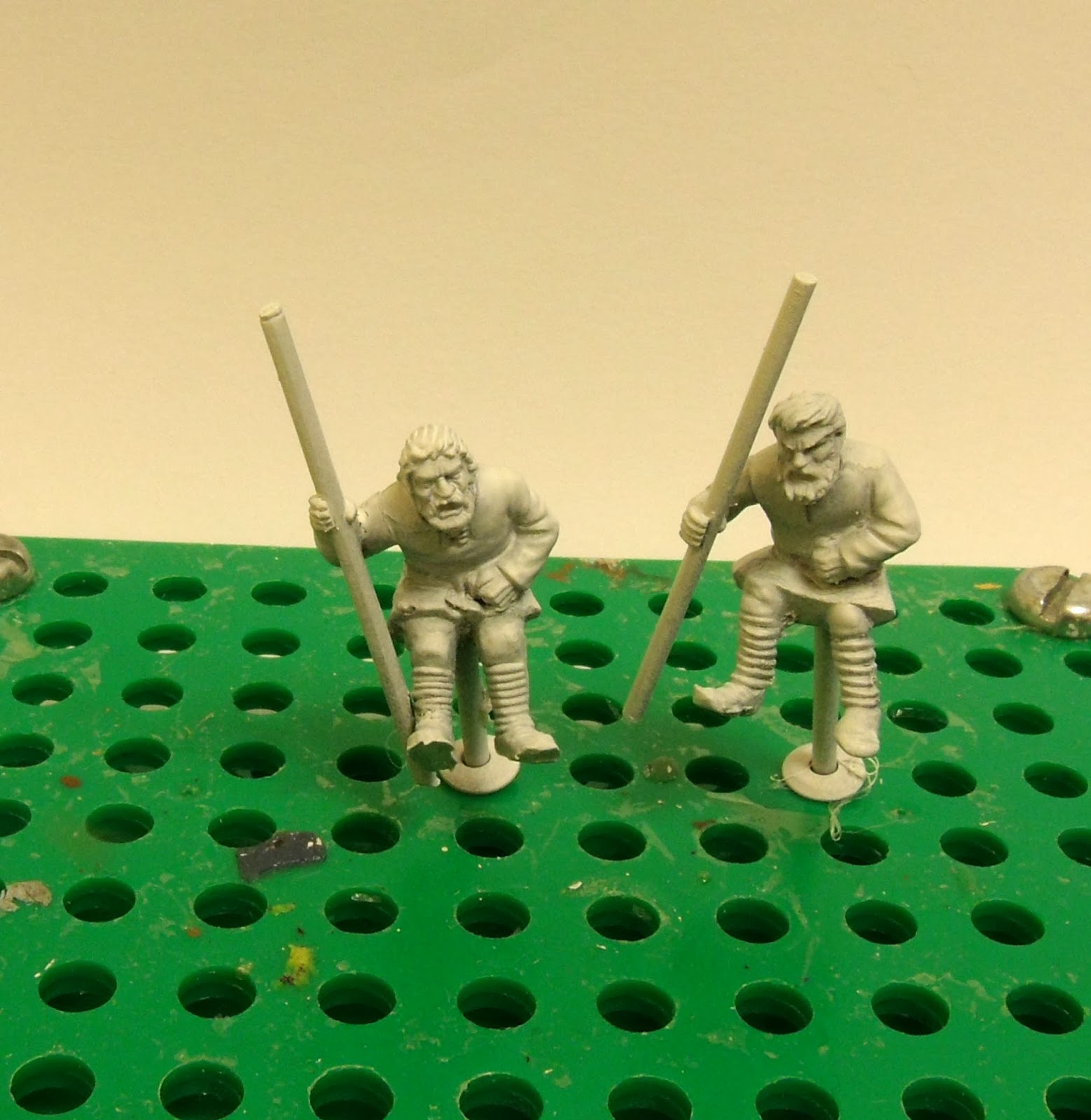 So, here's the two wagons, painted, hitched and based, just awaiting their drivers. The basework is some flock from Treemendus. It's fantastic stuff, totally awesome to work with, totally different to the "normal" flock I'm used to. Highly recommended. 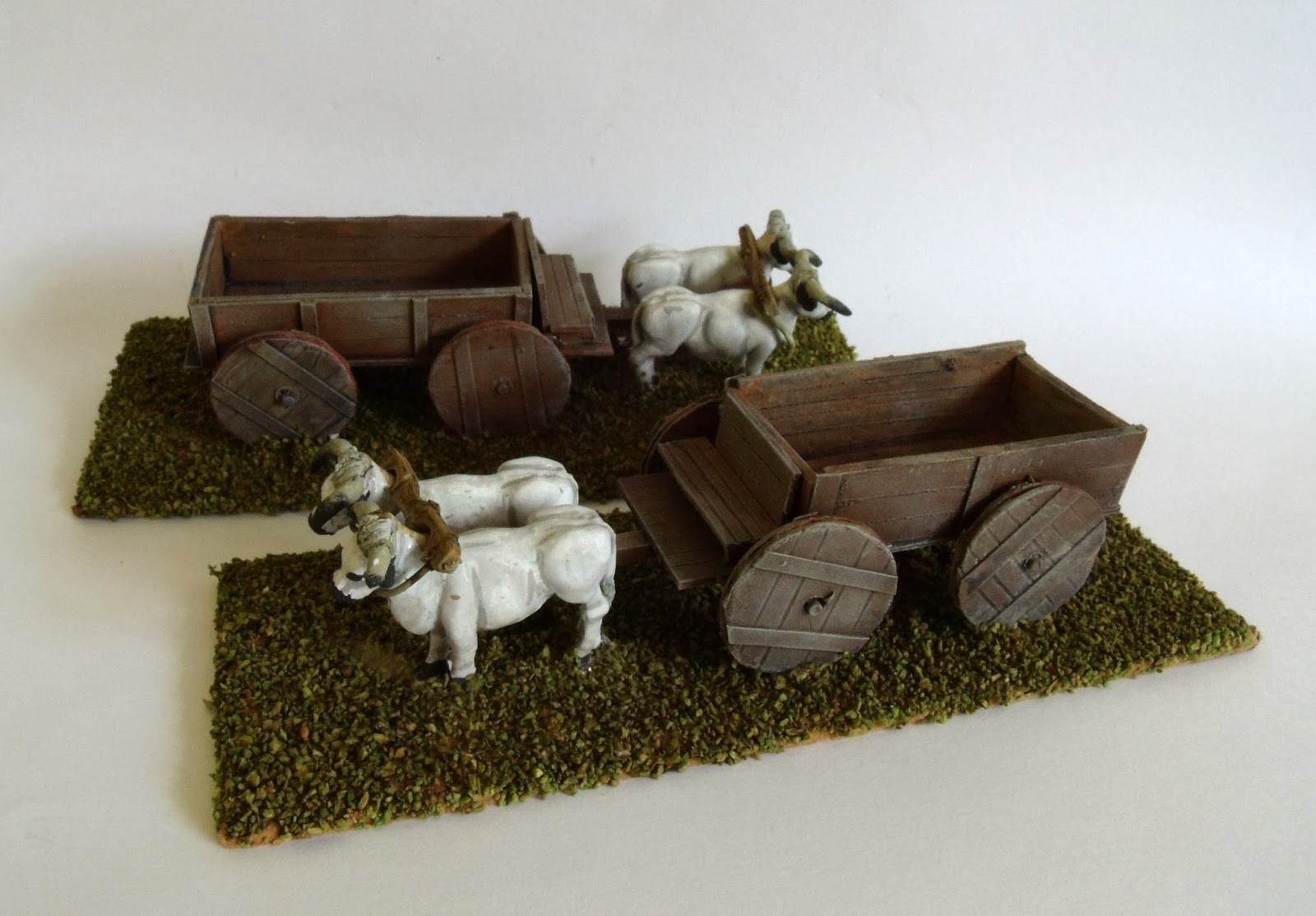 After getting the drivers painted and mounted up, all I needed was a bit of static grass to get them on the table. Here's a quick closeup of the drivers. I think the conversions have worked well enough. 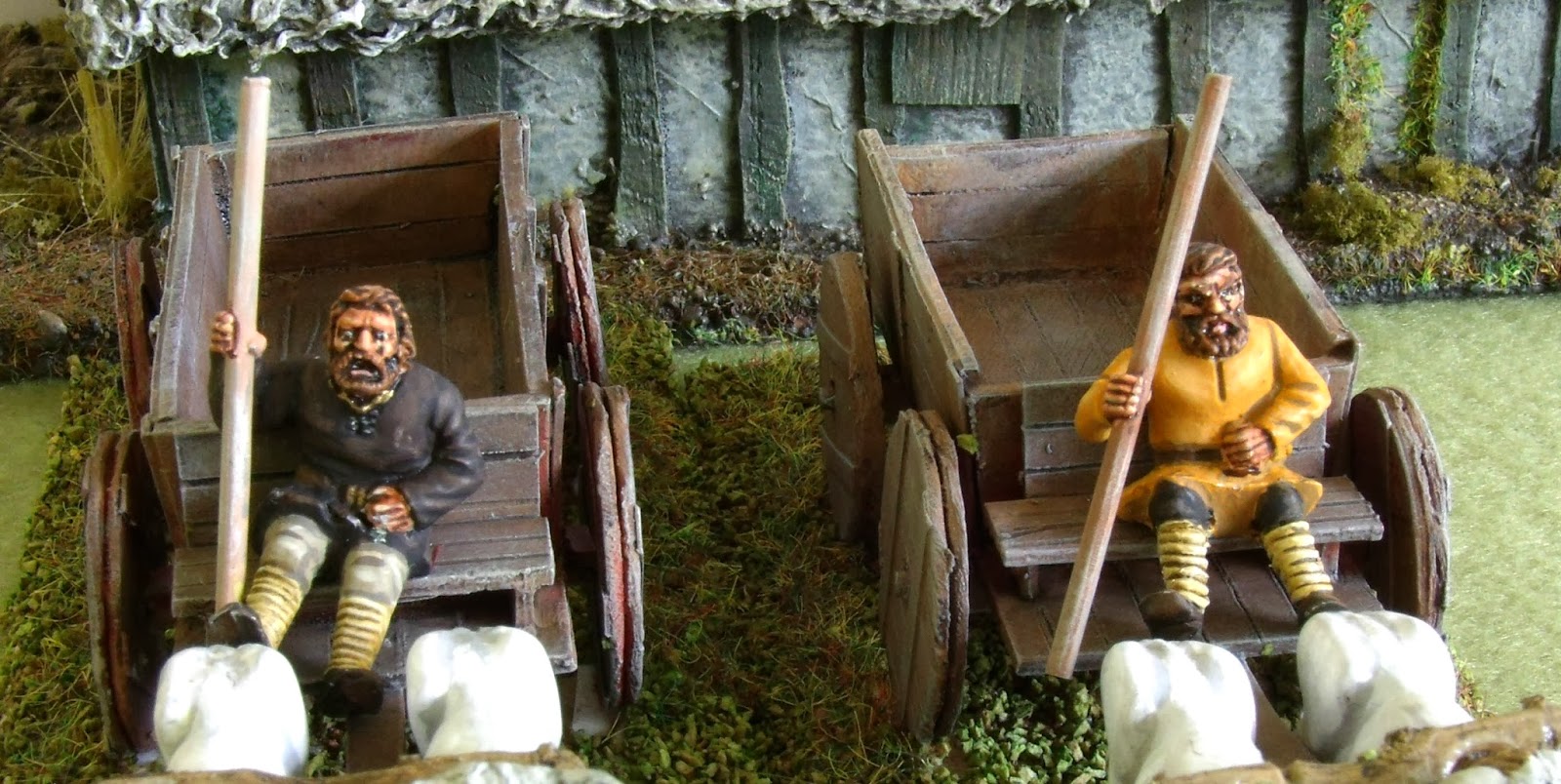 So, time for a couple of shots of the finished articles. These two, with the two-wheeler I built here, give me enough transport for the wagon train scenarios in both the Dux Brit and Saga rulebooks. Tons of fun! 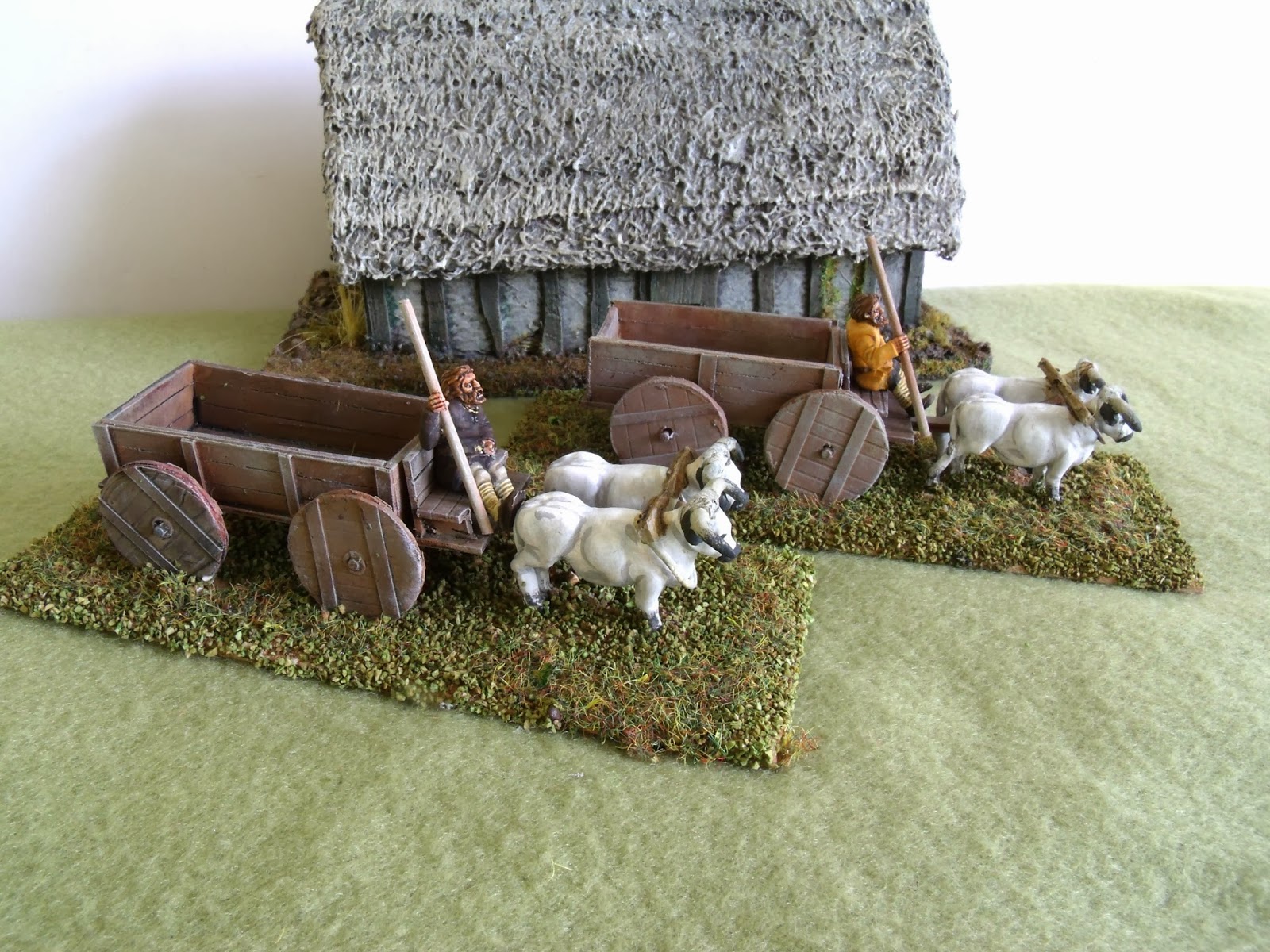 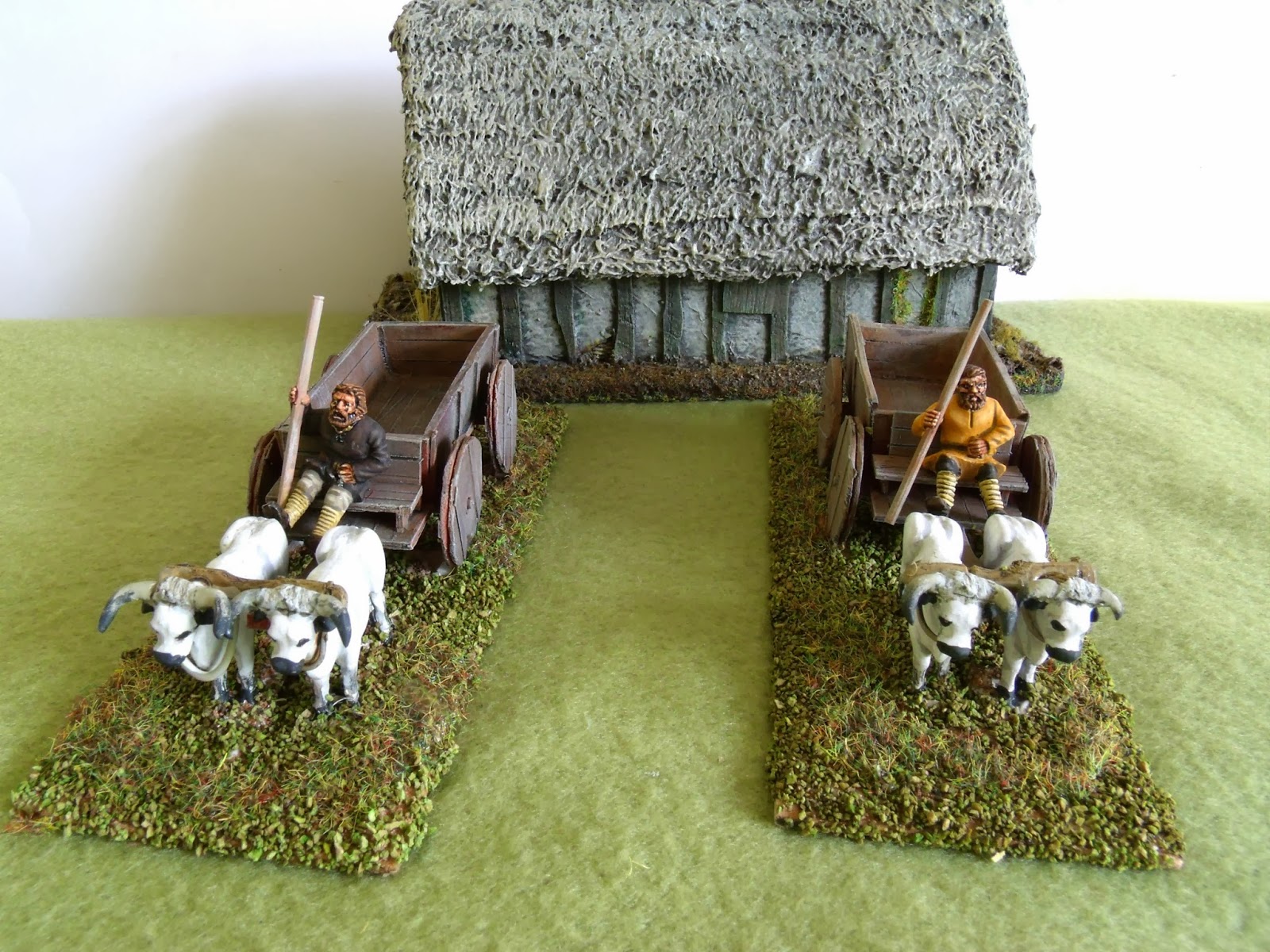